U-15 Cricketers turn in another top performance 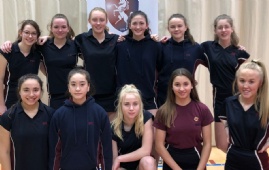 This girls faced strong opposition from The Sevenoaks School and Walthamstow (Wally) Hall. The order of play involved us playing our toughest game first. Unfortunately, the girls lost against Sevenoaks A in their first game by 60 runs.
However, showing much resilience, they were able to bounce back to defeat both Sevenoaks B and Wally Hall in the following games. That meant they would replay Sevenoaks A in the final.
Weald opted to bat first and collectively made a solid 63 runs in the eight overs that they had. Sevenoaks batted well however and made 64 runs in five overs, despite our girls getting two substantial wickets early on.
Highlights included Anna’s super six, Jasmine's three-wicket over and some excellent wicket keeping by Annabel and Becky who got themselves behind the ball on several occasions, to stop byes.
Well done girls, you should feel extremely proud!